As Thailand industrial development trend has shifted rapidly. Thailand’s government had announced the “Eastern Economic Corridor (EEC)” campaign under scheme of Thailand 4.0 aiming to revitalize and enhancing of the well-known Eastern Seaboard Development Program that had supported Thailand as a powerhouse for industrial production in Thailand for over 30 years. Under this initiative, the Eastern Economic Corridor Office of Thailand (the EECO) has been assigned to drive the country’s investment in up-lifting innovation and advanced technology for the future generation. The EEC Development Plan will lead a significant development and transformation of Thailand’s investment in physical and social infrastructure in the area. 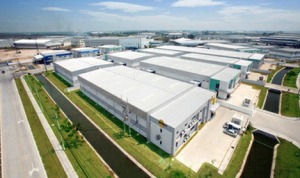 The EEC project will, initially, be focused in 3 eastern provinces namely Chachoengsao, Chonburi and Rayong. Regarding this, the EEC Policy committee is the primary Royal Thai Government collective force chaired by Prime Minister of Thailand

Thailand’s strategic location in the heart of ASEAN connected with the fast-growing CLMV (Cambodia, Laos, Myanmar and Vietnam) countries makes it an ideal location for businesses and business investors. Additionally, the powerhouse economies of nearby China and India are also easily reachable from Thailand by virtue of its world-class transport infrastructure, which further provides great opportunities for cross-border trade and investment.