Re-opening Thailand: Review Each Scheme and Models to the New Normal 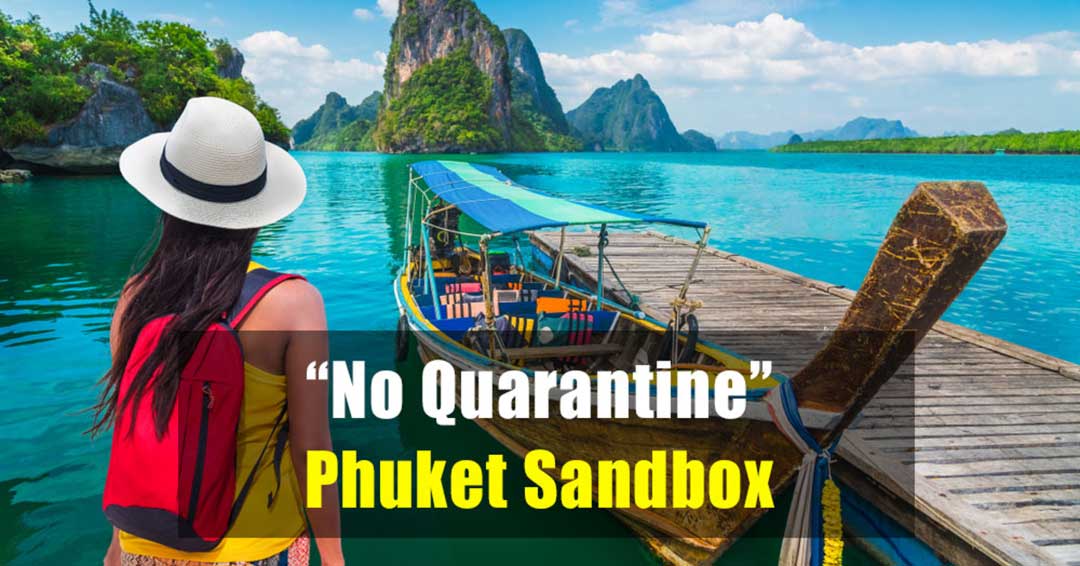 In a country where tourism brings commerces has been deeply affected by the pandemic. Every country has been affected one way another. Southeast Asia in particular has been badly affecting as they had been restrictions on air travel and some mismanagement of solutions on handling the uncertain pandemic. As they say, all dark matters at the end will find the light as it seems in Thailand, particularly the south of Thailand.

The Jewel of Andaman Sea” or Phuket has finally opened in the government Scheme called “Phuket Sandbox’. The idea to open one of the most visited islands in the world. In 2019 it has been estimated, more than 10 million international tourists visited Phuket bring in 393 billion of the tourism industry of Phuket. In 2020, international tourism was cut to 90 percent. Here now in 2021, in July when Thailand officially and publicly announced the scheme of “Phuket Sandbox”, it brought a sense of confidence back to the country. To open and allow tourist visitation back, to its most visited city, brings confidence and new energy back to the city and to the country as well.

The scheme to allow visits is just now in Phuket. Thailand has many beaches and islands to enjoy and relax at. Another top beach destination of international visits is Koh Samui. Koh Samui with its white beaches, cool wind blowing during the evening, and its sunshine bring people from all around the world. Koh Samui is doing more of a “soft” opening to its region, as the island is bigger and has more space than Phuket. As both major tourist destinations allowing air travel, the confidence, and businesses it has re-open do bring a sense of normal back to locals and gain lots more attraction of international tourism and foreign investments. 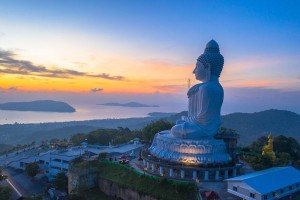 Nothing can go according to plan or all plans will be foolproof. As Phuket begins to open to and allowing air travel. Phuket opened on July 1, as stated on Bangkok Post, with around 100,000 tourists till October, when Thailand as a whole opens up to international air travel. A couple of days after “Sandbox” embarked, Phuket has received 5,000 travels and to date, it is still expecting tourists reported by Bangkok Post. People returning or visiting Phuket do not need to quarantine but have to stay in the cities for 2 weeks before moving to different cities. No need to quarantine is one of the top marketing schemes now too. Visitors are comfortable coming to Phuket especially, visitors that were recorded coming to Phuket were people who visit Phuket frequently.

Phuket’s plans to rebrand its image for people returning to work, living in Phuket, or visitors as not a party island to say, but an island to come to work. To re-brand itself, Phuket is starting with hotels, condos, and apartment prices. Discounts and promotions to stay monthly in Phuket have increased with new deals coming in. Living in luxury and working in luxury with staff to cater to your need at hotels is what Phuket wants visitors to embrace. Even staying in condos and apartments to work remotely, prices and services are changing. 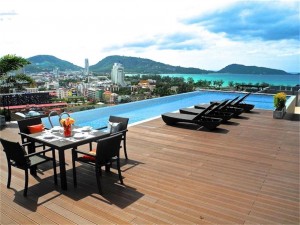 On the contrary, with the Sandbox scheme ongoing, not all infections have gone away. Phuket still has cases of the pandemic but is small compared to other parts of the country. As there are some unfortunate events with cases still enfolding with locals and visitors, quarantine rules came back in to protect all citizens. As reported by Bangkok Post, Phuket opening came during cases are involving other parts of the country, Phuket rules and regulations changes will happen when the country plans to open in October. Sandbox scheme might have or should have done something different, but the scheme does bring confidence to locals, gain confidence or returners and visitors. As stated on Phuket News, Phuket Red Cross is giving free 1 million doses for vaccines to Phuket, to expedite, Sandbox scheme.

A rather soft opening after its big brother Phuket Sandbox scheme. Koh Samui is taking more of a cautious and slower approach. With its first flight landing, Koh Samui took its first visitors to be journalists. As reported on Bangkok Post, it’s first visited involved journalist from sales developed countries as England, Hong Kong, to visit and have first-hand experiences. 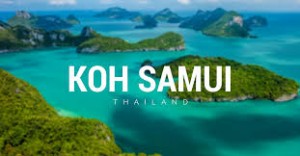 The words coming out from the Koh Samui Plus scheme are not to rush. As Koh Samui has two other islands well known to visitors is Koh Tao and Koh Phangan. Koh Samui as stated taking a caution route to open has rules and regulations in place vastly different to Phuket. Visitors to Koh Samui will need to stay at their chosen accommodation for up to 14 days with testing. Lastly, if testing comes out negatives then people can move around the city normally.

With its big brother Phuket taking the headlines of its loud opening, the quiet and soft opening of Koh Samui has been given time to implement new changes for the safety of its visitors and people returning to Koh Samui. As reported by Bangkok Post 75% of Koh Samui residence have been vaccinated. Just as Koh Samui is known to be an island of people to stay in quiet and with nature; the nature of how Koh Samui has open up to international travel is going to plan for the big open in October.

New Opening to the Digital World

While Thailand is opening up for people returning to see everything again. Thailand is becoming transparent to the outside, but how about the digital world. As to purchase anything of value, you better fall in love with it when you see it and feel it. With new schemes or models opening up to visit your property and cities, but you still want to be cautious. As reported by CBRE, CBRE has launched an app named Host. A property management system that supports employees and employers as well as landlords and tenants to stay connected and safe at the workplace. To purchase anything even real estate you get the conventional email reply for your questions and inquiries. The app Host, it’s a platform where you can get your answer directly from tenants, landlords, condo staff, etc.

You will get a direct, swift, and informative response from specializing workers in the industry to answer back. Not only response and information, but you will get to see your apartment. It’s a bridge between landlords and tenants to update each other, and have all related property and investing news updates to you. These communications platforms are user-friendly and can drive the economy by searching and looking for the preferences of the consumer and the market.

With time, situations change and we adapt to them. With Thailand having a both loud and quiet opening, it brings confidence to locals but more importantly it represents that Thailand is safe for people to stay and waiting for people to return. To come now when promotions and discounts for property and accommodations are good with first-class services it the place to be for working and staying a long time. As recently reported on Thaiger, to work in Thailand and with white sandy beaches, the government is about to implement new visa issues for foreigners to own land and property.

Thailand 2021: Why to Invest in High-Rise Luxury Condominiums

Any time the word Southeast Asia pops up more frequently or not, Thailand will be one of the first...

Investments in the 21st century have turned to be a diabolical state. Yet, there are many options...

There are many reasons why investors or people will like to stay in a particular condominium and...