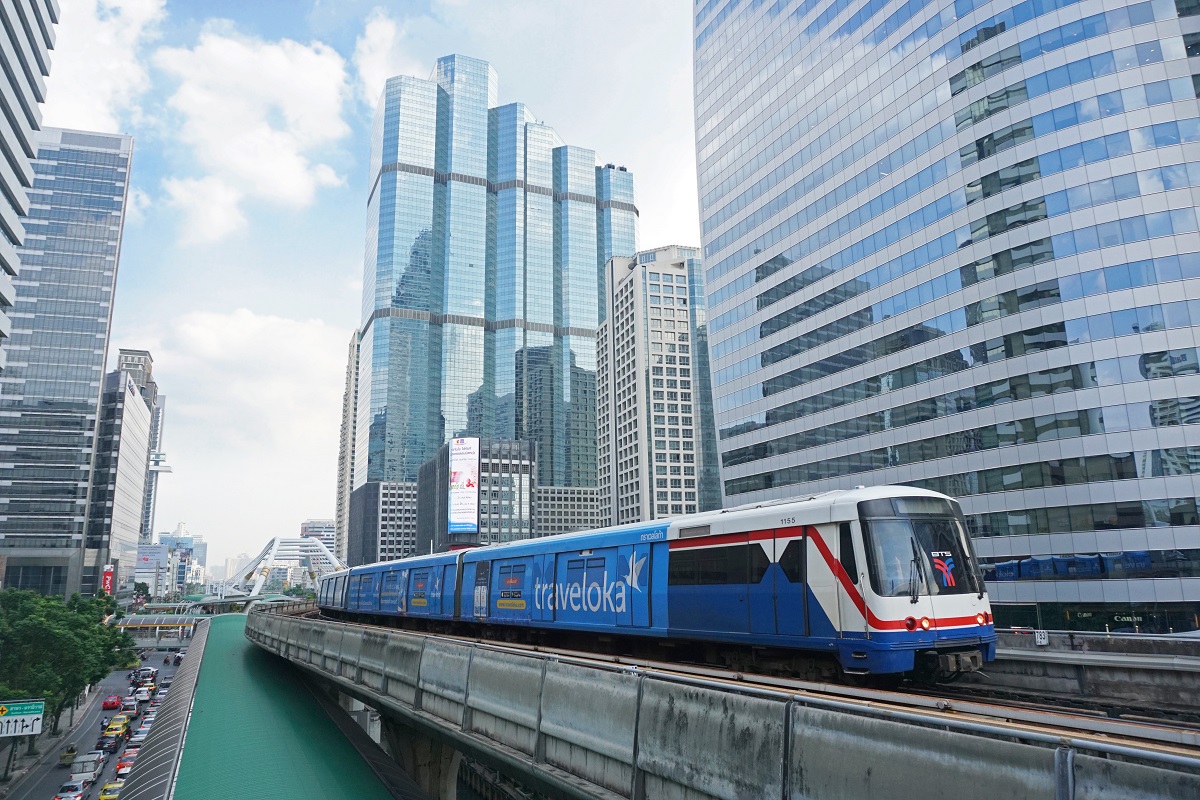 “The best time to plant a tree was 20 years ago. The second best time is now,” Confucius say. Applying this old Chinese proverb to the real estate market, one perceives it’s never late to get into the business.

In other words, it would be better if buying a property long ago, because it would be much cheaper. Nevertheless, if purchasing now a 50 sq.m. sized condo in cities like Bangkok for USD125,000 or THB4 million for many it would be considered very expensive two decades ago. For this reason, as soon as you start, you’re giving yourself a better chance to reap the benefits of this long-term investment.

Thailand is best known for its natural features, friendly people and unique cuisine. Aside from that, it’s a laid-back leisure destination, and one of the catchiest places to live in the world. No wonder many expats call this country their home.

Bangkok, the capital of the Kingdom, offers a wide range of attractions in such a way that is often beyond anyone’s expectations in terms of landmarks, vibrant nightlife, gastronomy, and shopping. It is one of the top cities in the world, not only for tourism but for housing.

According to CBRE’s latest annual Global Living Report, Bangkok is ranked the 33rd of the 35 world’s most pricey top cities to live. Singapore, on the contrary, is the second-ranked city (USD874,372 per residential unit or about THB27.97 million) in a chart led by Hong Kong (USD1.23 million per unit or THB39.52 million). Average property price in Bangkok is USD106,383 per unit or THB3.4 million.

The survey takes into consideration investments in urban areas such as retail, housing, cultural centers, transportation infrastructures, and connectivity as a key factor of economic growth.

Clear Path Away of Political Storms

Whereas in neighboring countries political storms have eroded such economies, the engagement in Thailand to keep growing at a steady pace is remarkable in all aspects.

Over the last year up to end-Q3 2018, residential prices in the Kingdom have increased 4.75%, according to the latest update of House Prices around the World by International Monetary Fund (IMF).

It is well-known that credit growth drives economic growth. Thai economy expanded 4.1% for the full year of 2018, the quickest expansion in six years. In 2019, it is projected to grow in a range of 3.5-4.5%, The Bangkok Post reported last February.

Despite the latest coup in 2014, and the military government that followed, up to now, the real estate industry has not been jeopardized in the Kingdom. Bangkok’s condo market has continuously increased due to the strong demand from international investors and companies from China and Japan that are pouring billions of THB into the industry under joint ventures with local developers. In addition, Thailand is now the world’s top destination for Chinese home buyers.

Singapore lost the crown, raising only USD0.5 billion with 13 deals. The wealthy city-state placed fourth right below Indonesia, which raised USD1.2 billion with 53 deals. Global trade wars, political tensions, and volatile markets caused delays in the listings’ timeline of some IPO aspirants in Singapore, which is considered a developed market and a major international financial hub.

For this year, big offerings on the Stock Exchange of Thailand (SET) are already in the pipeline. Among them is the property developer All Inspire Development Public Co Ltd. On May 8, the company is listing its shares on the Market for Alternative Investment (MAI) with the issuance of an initial public offering of 150 million shares at par value of THB1.00 per share or about 26.79% of its register capital of THB560 million, The Nation reported last April.

Thailand raises international property seekers’ attention due to its affordable pricing, rental yields and the sector’s potential investment growth associated with the country’s infrastructure development. When it comes to buying a residential property, the most popular destinations are Bangkok, Pattaya, Phuket, and Chiang Mai.

Bangkok, known as the City of Angels, is the easiest place to decide for investment since freehold condos are in high demand. BTS and MRT train lines expansion due to open in 2020 is a key factor in the increase of residential condominiums throughout the city. Moreover, the new high-speed railway will link Suvarnabhumi, Don Mueang and U-Tapao airports by 2013.

Buyers who choose Bangkok for leisure are in a smaller percentage. They usually prefer the higher segment centered on townhouses or single detached houses. The southeast part of the city has great acceptance in this regard due to the proximity to Suvarnabhumi Airport. It is also en route to Pattaya and the location of a few golf courses.

Foreigner buyers prefer to invest in Phuket and Pattaya because of the rental yields’ growth and property’s valuation associated with the high rates of tourism inbounds in both cities and the number of expats living there. Leisure and retirement are also in consideration.

Chiang Mai, on the contrary, is mainly chosen for leisure and retirement due to the fine weather and cheaper cost of living in comparison to the other three cities. Other than that, the northern city is rich in art and culture. It is the perfect place for living a low-key life. Chiang Mai is also a popular destination among Chinese travelers and backpackers.

If you need any further help or want to have a chat with us, please feel free to write an email to daniel.O@angelrealestate.co.th. We will be more than happy to discuss and support your international real estate investment.

Pros & Cons of Investing in High-Rise vs. Low-Rise Condominium Projects

Pursuit of Education Appeals Chinese Buyers to Invest in Thailand