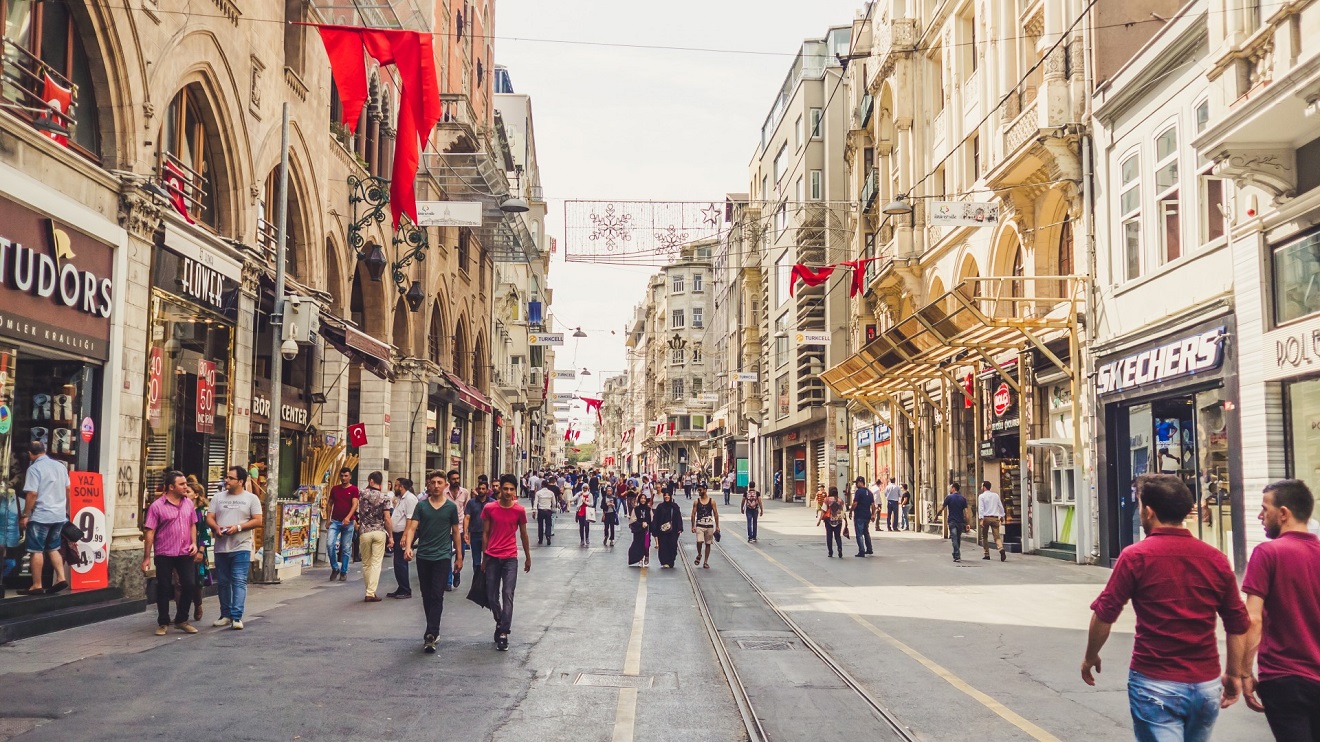 Angel Real Estate is going to expand its housing sales operation to Turkey this August, to respond to the demand of buyers seeking to invest between Asia and Europe. With our Turkish partners, we will initially sell condo units in Istanbul.

Nowadays, a greater number of foreigners are looking to Turkey as a desirable haven for pursuing a freehold residential property overseas. A weak Lira and the government effort to ease the path to Turkish citizenship is drawing special attention to investors primarily from the Gulf region, but also Asia, Europe, and North Africa.

The government is looking to the real estate sector as one of its prime resorts to boost the country’s economy, which was driven for years by a construction boom. As a result, and according to official data, foreigner housing investment jumped 82% in Q1 this year, a surge of nearly 300% from a year earlier.

Since new investor visa scheme came into effect last September, citizenship is offered to foreigners who are purchasing a property in Turkey or several with the combined value of USD 250,000 from USD 1 million previously (or the equal value in Lira or Euro). The amount has been reduced on the condition to not sell the property within the next three years.

Turkish citizenship and passport not only are granted to the investor (main applicant) but also the family members – spouse and children below 18 years old. Obtaining citizenship allows traveling to 117 countries or territories that do not require a Visa for Turkish passport holders.

Amid the USA-China trade war, the Chinese economic slowdown and fears of buying in traditional markets, many Chinese are looking for new property hotspots to invest in.

The Lira’s depreciation against Yuan is making the country set on the Aegean Sea increasingly attractive. Turkish properties are more affordable than in many European cities, such as London, Paris, Milan, and Madrid. Turkey is also an ideal location for holidays with charming cities providing plenty of cultural attractions.

Companies from mainland China with business in Turkey are on the rise, which is in line with the desire of the Chinese President Xi Jinping to enhance cooperation among both countries within the “One Belt, One Road” framework. With Istanbul’s strategic location as a business hub and more deals in the pipeline, a rampant number of Chinese are working and living in Istanbul.

On the other hand, Malaysia’s investment in Turkey reinforced by the Free Trade Agreement between both parties is one of the causes that have leading more Malaysians to discover Turkey. As a result, residential properties’ purchases by Malaysians have increased in Istanbul and other cities, such as Antalya and Bodrum. They are driven not only by business and tourism but also by tax incentives and citizenship. Their motivations are purely for an overseas asset investment aiming capital gain or to set a goal for retirement.

The Hong Kong’s draft extradition bill followed by demonstrations on the streets and riots in LegCo (parliament) has sparked concerns among many citizens of this Special Administrative Region. The tense and volatile environment in the former British colony dates to the Umbrella Revolution in 2014.

Social uncertainty and the fact that Hong Kong has the least housing affordability in the world are driving many potential buyers from this territory to make inquiries and registrations for overseas properties. In the past few years, Thailand was among their top preferences. Cumulatively, many are now seeking real estate investment opportunities in countries where citizenship is offered, such as Turkey.

In Macau, the pricy housing market boosted by the most profitable gaming industry in the world over the past decade is making it a less desirable place for many to stay. Also, issues with air pollution and the overloaded tourist capacity of the former Portuguese territory in China are creating interest on its residents to look up for properties elsewhere. Some popular destinations are Portugal, Thailand, Japan, Mainland China, United States, and Canada. According to our data, Turkey starts to be on the wish list of Macau residents without a Portuguese passport.

The increment of trade, business, and diplomatic ties have led Turkey to open up in the past decade to the Middle East, European neighbors, and Asian countries. Therefore, a considerable number of expats are working and living in Istanbul, many of them with their families.

To find the best location in the city one must consider key factors like good transportation, parks, natural spots, safety and security, family-friendly facilities and amenities.

Beyoglu, on the European side of Istanbul, is often called the new city center due to its shopping areas and vibrant nightlife. The longest and busiest street in Turkey -Istiklal Avenue – can be found here. Galata Tower, the Taksim Monument, and Saint Anthony Padua Church are a few famous landmarks.

Sisli is the cosmopolitan area ideal for high-end property buyers. This most exclusive district houses the largest shopping mall in Europe and several cultural spots worth admiring.

Famous for its football team, Besiktas is a desirable place for investment as one can’t avoid referring to its neighborhood of Ortakoi and the upper-class areas of Levant and Etiler.

Basaksehir is appropriate for families and city commuters. Its leisure and commercial areas, such as parks, walking trails, a lake, shops, restaurants, malls, and sports clubs promote a modern and relaxing lifestyle. There are also some good public and private schools.

Kartal, which sits on the Asian Istanbul, is becoming one of the most pleasant districts for living. Its futuristic full green “city” plan is attracting international and national attention from the property buyers.

With its 3,000-year history, Beikoz sits on the northern end of the Bosphorus and is surrounded by the Black Sea. Its bright green landscapes make it a gracious place to live.

If you need any further help or want to have a chat with us, please feel free to write an email to daniel.O@angelrealestate.co.th. We will be more than happy to discuss and support your international real estate investment.

DOCUMENTS AND PROCEDURES FOR BUYING A CONDO IN THAILAND